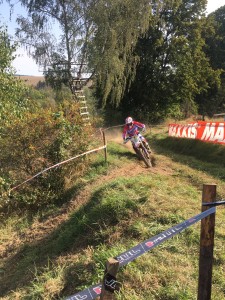 Holcombe beaten but not bowed…

First it was the Scandinavians , then the Spanish followed by the French whose riders dominated the world Enduro stage. Now it’s the British who have a stranglehold where on Saturday ACU riders won all three classes plus the senior  Holcombe, Freeman & Mc Canney who have been at the top all season were surprisingly joined by Wootons win in E 2. Knight took the senior to lock out the adult classes. Could be some time before such happens again.
Sunday looked like a similar result but the pressure told on young Wooton, mistakes dropping him to 5th. 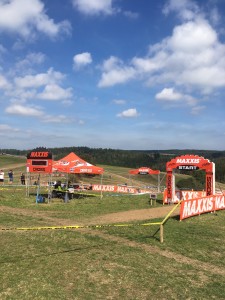 Two long MX and Enduro tests together with a technical extreme ridden 3 times left plenty of room to recover from small errors. As always mistakes quickly add to time loss at the top.
Salvini pushed hard to gain points on Loic in E2, a class that will go to the wire. Freeman will wrap.
Up E 1 barring an accident but the GP crown with Holmcolm will also go to the very last round. Mc Canney could win E3 but that would require a hellish last round by Holcombe. All to play for in France.

New 2020 bikes are out and about on race testing. Many look similar … beta have dropped the oil injection, still looking like carb. Sherco sees little change ; TM have fuel injection, E- start and new 250 , 300 4 t bikes. Perhaps the biggest updates of all. Gas Gas is ? 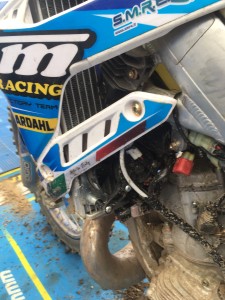 The rider merry go round will continue to France … who will ride in what team , will KTM, and the Japanese with Honda return. The next three weeks will tell.

Few Videos From the Weekend:

Thanks to John Gotts.