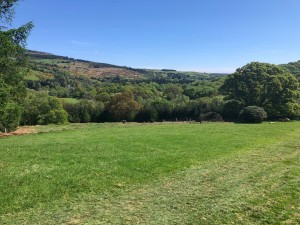 Problems with illegal riding in the Coillte forests has forced the cancellation of the seasons opening time card Enduros so it is welcome to see new a closed-circuit X country venue at Greenane for Sundays Rathdrum Promoted event.

What The COC Said : 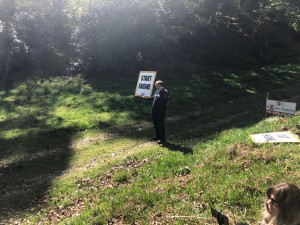 With warm sunny weather, a full 20-minute loop of grassland, forest, mountain with great tracks greeted the full entry for this inaugural Greenane event. The Club had worked tirelessly to mark the route adding ski jumps across the route …. easy in the most part, but with a few climbs to catch the unwary or less accomplished riders. This was an excellent lap well received by all one which we hope may be used again in the future. More and more events are turning to private land however time card enduros need to run; for that the organisations need the backing of Coillte.

Three hours around the Greenane loop was physical led from the off by Reece Gazard, a returning and steady Davy MC Nulty with Angus Leonard playing catch up after an argument with a wire fence. That was the final finishing order in the experts where Chris Judge, Vinny Fitzsimons and Bill Byrne also re-entered the fray. 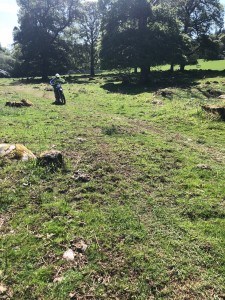 ”Winner From The Gun”

Paul Rocket claimed the Senior class ahead of Jamie Cahill and Sam Jemison; Sean Maher, Leon Rogers with Tony Kelly filled the Clubman podium; Sam Ireland, Stephen Noone and Clom Gleeson the sportsman. A great day’s riding by all. 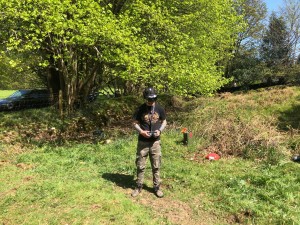 The Fermanagh Club will host the next X C round with Fastlane scheduled to run LX events in Blessington / Hollywood on the 10th July and 7th August …. Moato Circus 26/27/28 August.

The TORC Time Card Enduro will run in Bunclody on the 15th May.