France do it in style as team GB hits the high spots. Where were the Irish? 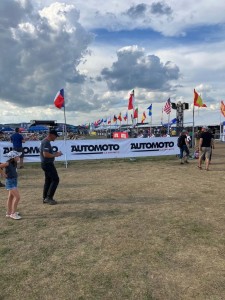 Not a Irish tricolour in sight

The FFM are arguably the best at organising and taking on the International Six days of Enduro, the 22 event was no exception …. A superbly laid out paddock; easy parking; 13 excellent and different tests; 280 km routes containing many difficult drops and climbs with reachable check times …. All in all, an ISDE to be remembered set in Frances Enduro heartland between Le Puy, Brive, Mende and St. Claire hosts to previous 6 days and numerous French Championships. They know how to do it and it shows. Spectators came in their thousands to add to the atmosphere; teams came from far flung places … New Zealand, Mexico, Lithuania, Argentina yet there was no Irish tricolour flying amongst the nations at any level. For an event so easy to access surely that was a missed opportunity, one which may not come around again for a few years. Only the riders themselves can answer the question why? 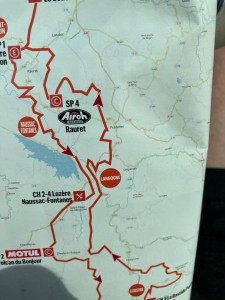 If the French put on the event, it was teams GB that took the honours winning both the trophy and women’s titles … a first since 1953 in either class. The trophy boys were fast and consistent, on the week deserving of the victory; the woman’s a little fortunate when the very impressive American brandy crashed and was out and out of the event with its Americas hold on the title. First you have to finish was never truer. 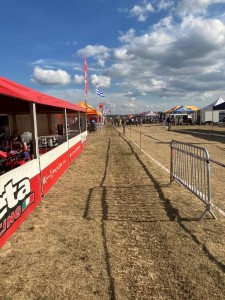 
Jordan Scott, running under the team Scotland banner for the event put in a fantastic week finishing 3rd in the C3 class despite some up and big downs …. Winning two C3 class tests outright is an achievement in itself. Jordan took the opportunity … well done for that.
Garcia and Verona, Battled all week for the individual win …. in the end it was young Italians. Crown to add to his junior world title. Hardly a wheel wrong all week … impressive. 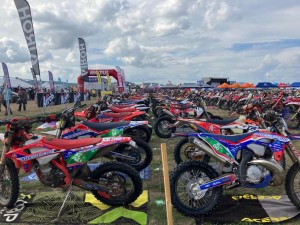 Argentina 23 in in the making …. It will be different.